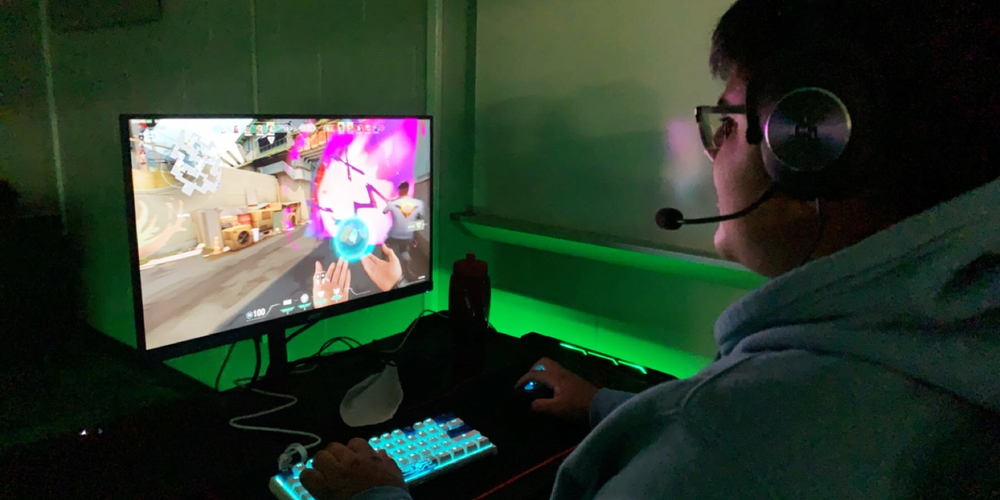 If spectators were to watch the Concord High School Esports team during a weekly practice, they would find them in a dimly lit room, with glowing screens as the only light source. Seated next to one another, they communicate as a team even as they compete as individuals. With this new program growing rapidly, Esports, also known as competitive video gaming, has become a new way for Concord students to find their place.

Guerrero and Isaiah Grathen, who work in Concord’s technology department, came together at the beginning of the 2020-21 school year to form this after-school opportunity for students.

“Brian and I mostly sat down and talked about it. We both are avid gamers. We’ve always played games growing up. We knew about Esports and how popular it was already becoming,” said Grathen. “We knew a lot of students were interested.”

Esports is a team-based gaming environment that students can join that allows them to learn skills such as communicating and working as a team. Concord’s team meets three days a week at the MOVE UP Academy, located in Concord Intermediate School.

For students like Edwin Hershberger, Esports is a way to connect with classmates who share an interest in playing video games competitively.

“I always enjoyed playing video games, and I wanted to experience what gaming competitively would be like,” said Hershberger. Hershberger, who is a freshman at Concord High School, joined the Esports team when it began. Outside of practicing with the team, he also enjoys working on his skills at home. “Sometimes I can get one of the Esports members to join with me (at home) and we can kind of practice together competitively.”

The goal of the Esports club is to help students like Hershberger find a path to college. Esports scholarships have opened up more opportunities for students, explained Guerrero.

During the recruitment process, college scouts don’t just look for the best gamers, they look for an individual that will contribute to the team along with having a positive attitude.

After participating in one official competition, their goal is to compete in more tournaments in the future. Tournaments work just like a bracket in any sport, with two teams going against each other and the winner moving on.

In Esports, the number of players needed to form a team depends on the game. Currently Concord’s program has enough players to fill two of the top games, Valorant and Rocket League. In the future, they hope to have enough numbers to create both a varsity and junior varsity team.

Students who are interested in joining Concord’s Esports team should email the club sponsors by clicking their name below.